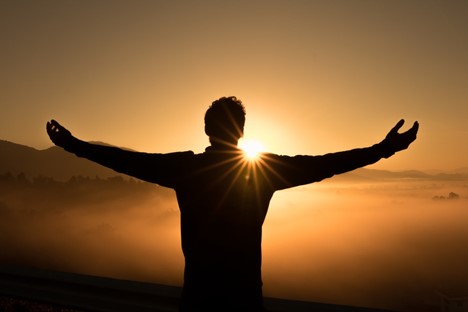 One only needs to evoke Nelson Mandela’s name to get the definition of a real leader of the people. Throughout his life, he worked tirelessly for democracy. He was a truly good leader in times of crisis for his nation. As president of South Africa, as a freedom fighter, he actively advocated for his people. He relentlessly fought for their freedom and their rights. In return, they loved and respected him. Hence the familiar and affectionate surname they gave him: Madiba. Today, after his death, Madiba is still an inspiration and the current world leaders can take a lesson or two from him.

The divisive tone of several world leaders during this time of sanitary crisis has done its work. People are torn apart, adding to the pain, suffering and sacrifices of the past two years. Hearts and souls need mending. When comes the braking point, a real leader should step up and unify his nation by his words and by his actions. When he fails to do so, his people can be further ripped apart. Which is sadly the situation in several provinces in Canada due to the reply from Justin Trudeau to citizens requesting the return of their freedom through the truck convoy movement.

On January 31st 2022, during his address to the nation, he demonized the demonstrators. He absolutely ignored his people and their demands, increasing the already enormous pressure put upon families not knowing what their future holds. Many would have seen the end of their sleepless nights if their leader had responded with compassion and integrity. Unfortunately, history cannot be rewritten. But perhaps revisiting the prime minister’s divisive address to the nation is the next best thing.

What if he had, on that day, experienced some kind of divine intervention? Imagine if his words were transformed trough the many cameras projecting the moment; filtering the anger, keeping the good pertinent words, removing the divisive ones, the half-truths, the insult, adding acknowledgement, understanding, and hope. He would have been a responsible leader, doing the right thing by his people. He would have been part of the good History in the making. The result would have been quite uplifting, life changing for all. Imagine this fictitious address to the nation:

”Hello, everyone. This morning I’d like to address the millions of Canadians who are making responsible decisions to ensure their safety and the safety of their loved ones.

“Freedom of expression, assembly and association are cornerstones of democracy’’.

Over the past two years Canadians were shocked and frankly dismayed by the behavior displayed by authority figures in all spheres of their lives. I want to be very clear. We are here to listen to you and restore your life and repair the abuse made at small business workers and the working class in general.

We may have neglected or ostracized some of you, but it was done in good faith. Blinded by fear in a moment of crisis, we have lost our way. We justified the violation of sacrosanct fundamental rights and freedoms. We forgot the sanctity of bodily autonomy. We let go of many protective institutions holding our society together. As a result, through this crisis, instead of moving forward as a society, improving our failing systems, we took a big step backward. We regressed into intolerance and segregation, thus into institutionalized medical apartheid. It was unintended and it is uncalled for. Rest assured that when we know better, we do better. We will do whatever it takes, respecting those who engage with us, therefore honoring the memory of our veterans who previously fought for our freedom. The statue of Terry Fox and the tomb of the Unknown Soldier are not only symbols of the past, but they are also important symbols from our history that represent Canadian heroes and the values for which they fought. The sacrifices that these heroes made allowed us to build a better Canada. All Canadians have the right to express their opinion or their disagreement with the government.

There is no place in our country for threats, violence, or hatred. So, to those responsible for this behavior: it needs to stop. To anyone who instigated or participated in tyrannic behavior but is rightly uncomfortable with the many actions of hatred required and division messages on display: unite with your fellow Canadians. Be courageous and speak out. Do not stand for, or with intolerance and hate. In these difficult times, all politicians must now show responsible leadership. We must work to bring people together in a positive way. We must fight division and fear with Truth. To the politicians and media exploiting people’s fears: I ask you to think long and hard about the consequences of your actions. And you need to stop… Now!

Dear constituents, you have made enormous sacrifices as required. It was hard on everyone. You must be there for each other as family, neighbors, friends, and fellow Canadians. Please stay strong during the following transition days.

To volunteers throughout our communities who supports our most vulnerable, front-line workers, from truckers to store clerks who are keeping our shelves stocked and making sure we have food on our tables. To healthcare heroes who have saved countless lives and continue to do so. You’re tired, and yet, you do not stop. You inspire us. We support you. We’re in your corner. All of you.

Canadians are compassionate, kind, strong, and resilient. They are courageous enough to speak up, to stand up, follow their conscience, and challenge orders that contradict their moral or values. This is what you are doing right now. I have the duty to be a compassionate and kind listener. We were elected to be your voice, to support you, to be in your corner and get big things done… for you! An important part of our democratic system is to serve you, Canadians, and work together to deliver results for people.

From now on, I’ll be taking concrete steps to promote the importance of freedom, to restore democracy and the rule of law in the face of the political tyranny we fell into. In this difficult time, more than ever, we must stay true to our values, to who we are as Canadians. As Canadians, we stand up for what is right. And mostly we stand up for each other. That’s how we’ve gotten through this so far. That’s how we’ll continue. To get through this. That’s how we remain true to who we are.

Thank you, my friends.”

From your fictitious leader.

Rude awakening: the sad reality cannot be ignored. We all know what really happened, what was said and how it is still unfolding as the Canadian Prime minister invokes the Emergency Act against peaceful protesters... His people.

Perhaps the divine transformation (or replacement) of a tyrannic leader inebriated by power starts with someone else dreaming it, imagining it, hoping for it, and praying for it. Or with unified voices demanding it.

Source: Adaptation of Justin Trudeau’s address to the nation of January 31, 2022