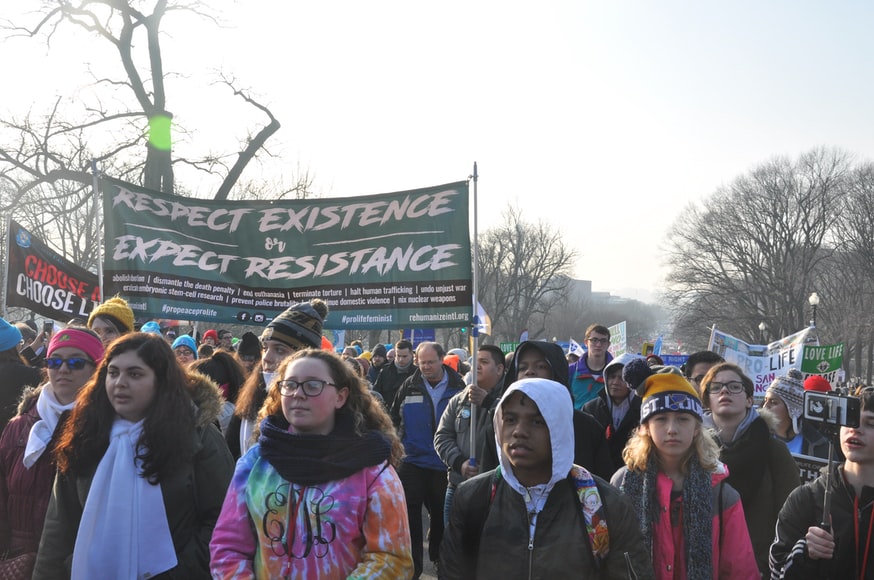 Since the advent of the SARS-Cov-2 crisis in our daily lives, individual and collective pain and suffering were witnessed globally. Some suffered the loss of loved ones through disease and illness, others through healthcare mismanagement, many others through sudden economic insecurity. Many are now struggling to hold on to their faith, their relationship, and their sanity.

Unfortunately, governments worldwide implemented measures that became important contributors to economic insecurity, stigmatization and exclusion causing subsequent mental health issues and deprivation among their communities. Innocent law-abiding citizen are suddenly facing the gradual removal of their rights and freedom while experiencing the deconstruction of their social fabric. Seemingly all based on questionable, flawed or incomplete science, running wild. Leaving behind a trail of confusion, fear, and despair.  The situation has all the markings of psychological and spiritual warfare.

Consequently, on January 29, a convoy of truck drivers from all over Canada and US arrived on Parliament Hill in Ottawa to manifest their opposition to the country’s newly imposed Covid vaccine mandates. They were met with gaslighting and discredit by Justin Trudeau, the Canadian prime minister. He portrayed them as a fringe minority of racists, Islamophobics, anti-Semites not worthy of attention, of any acknowledgement and who are undeserving of any dialogue. The leader of this democratic country later went into hiding, depriving his constituent of any means of conflict resolution.  From then on, a series of legally and ethically questionable actions were taken by authorities and by Big Tech to hinder the demonstration. However, the Canadian truck driver convoy ” freedom convoy” is quickly becoming a worldwide movement representing the voices of the working class, hugely impacted by the repressive measures implemented by all governments.

It goes without saying that in these difficult times, uplifters are greatly needed, to alleviate the impact of repression and to maintain strong spirit and high morale. Hence the call to share your good words, positive official statements and encouraging videos. It is also time to get on our knees, join hands and call on the divine power. Everyone needs to remember the power of prayer to support the activists, resistance fighters, the discouraged and the desperate. For, in the presence of spiritual and psychological warfare, the essential weapon is prayer. Positivity and prayers are very efficient tools indeed; use them generously.

Let us pray! Today more than ever, we must pray….
Remember His Word “I am the Way, the Truth and the Life”

The wall is a symbol of spiritual warfare as seen in the book of Joshua 6:1-27. The wall showed no resistance when Joshua followed God’s instruction to the letter. The wall came falling down.  God gave them victory over the enemy who was keeping them out of the Promise Land.

Imagine if his words were transformed trough the many cameras projecting the moment, filtering the anger, keeping the good pertinent words, removing the divisive ones, the half-truths, the insult, adding acknowledgement, understanding, and hope. Continue reading

‘’We cannot let freedom die with this generation. May God forever bless the free citizens of Canada’’

An overview of ongoing worldwide protests to hold on to human rights and freedom.

Their reaction is a testimony to the harm that they had to endure during the past two years. Like newly released prisoners, they could not suppress their joy.

a public invitation has been issued to three of the top public health officials that have been driving the COVID-19 narrative in Canada. We are travelling to our nation’s capital to demonstrate our willingness to engage in a respectful discussion of the science and medicine underpinning COVID-19

The former RCMP for approximately six year to that service is sharing how seeing his fellow police officers confiscating fuel from the protesting truck drivers shook him to the core.

‘’ Integrity is about doing the right thing even when no one is looking’’. ”No matter who you are, if you are in law enforcement, regardless of anyplace in the world, integrity should be taken seriously”. ”My oath is to the constitution, to protect constitutional rights and the people in the community in which I serve”. ”I never sworn an oath to any politician. ”My integrity runs deeper than their political gain”.